Fluffy and the Magick Book 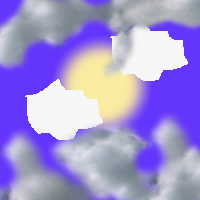 Rabbits come in all sizes, forms, and magicks. Some rabbits give, some take, some rabbits are created magic, and others create magicks... Some, sadly, just don't learn their lessons. Rabbits are a lot like people.

After completing their lessons and showing how well they had done to the Wizard Stumper, He told them to "Go have an adventure...See you in two weeks"... and poofed!

Fluffy and Thumpy went off together as did the other pairs. It was the only way they could use ALL of the spells. Being young rabbits the first thing they did was try all the spells in different ways!

By now they easily could open and use the book. But sooooooooo many pages were blank, they knew they still had lots to learn. Each one could even not read or see all the spells you get to see! Of course cwe cannot bring you the actual spells. We have been told we can begin to show you the complete index for each chapter our young rabbits learn.

Fluffy and Thumpy: Their first adventure
After completing their homework for Chapter 3, they looked at each other with shining eyes and said…. [The narrator stops and looks at the reader. What? Oh my, yes. Yes, they finished in record time. It only took them one hour to learn all four spells! These two learned fast how to work well with each other. Now, our two bunny buddies were as happy as could be!] Oh but we are getting just a little bit ahead of our story.
Fluffy and Thumpy went off together as did the other pairs. It was the only way they could use ALL of the spells. Being young rabbits the first thing they did was to try all the spells in different ways!
By now they easily could open and use the book. But sooooooooo many pages were blank, they knew they still had lots to learn. Each one could even not read or see all these spells you get to see! Of course we cannot bring you the actual spells. Someone at your school seems afraid that you might misuse those spells. Fortunately, we have been told we can now begin to show you the complete index for each chapter our young rabbits do learn. So here that is:

After completing their homework for Chapter 3, they looked at each other with shining eyes and said the same word together at the same time: ADVENTURE! They both giggled, their little noses twitching in good humor.
"Where should we go, Fluffy?"
"Good question, Thumpy. How about…school?"
"Ooooo that sounds like fun! But…will they let us come in?"
Fluffy looked thoughtful. "There are, he paused, two ways we can get into school. We can get in with permission…or without permission."
"How does that work Fluffy?"
"Well, we can go to the farmer's daughter…or even his son…and ask them to take us to school. They will get the permission, if that really can be done."
"Or, Fluffy looked sideways at Thumpy, we can use magic and sneak inside!"
"Wouldn't that be dangerous?"
How about you reader? How could this adventure become dangerous? Can you think of any ways this school visit could become dangerous? Here are some of the things our rabbits thought might happen.
And you know Fluffy and Thumpy are exactly right! Any of these…and even more…could happen!
"Wouldn't that be dangerous?" Thumpy asked again.
"Well yes, it could be. But adventures are like that. You have to plan for them."
Thumpy nodded.
What's a plan, Fluffy?
"A plan is when you think out what you are going to do and how you are going to do it, Thumpy!"
Thumpy's ears drooped. "You mean WORK and THINKING, Fluffy??? I'm just a dumb bunny! I can't do that," she wailed.
Fluffy patted Thumpy on the shoulder, gently. "You don't have to do it alone, Thumpy. We can do it together!" Thumpy seemed to straighten up with this new idea. And so…They planned their adventure out together.
Now, If you were going to have an adventure and visit a new school, where would you go? Can you make a plan? Please do. Take a minute or two and think up a plan!
Don't think bad thoughts about Fluffy and Thumpy. They ARE very young Rabbits. Your plan may be much better than their plan!
After some discussion, Thumpy listed their plan. Fluffy was surprised with he discovered that Thumpy, while scared of planning, had great ideas. He found himself just agreeing with her ideas! Here is their plan:
Is their plan a good plan? Is your plan better? Yeah, we kind of thought yours would be better.


After making their plan and thinking about possible problems, both bunnies turned into clouds and floated the three miles to school.

Two small clouds seemed to hang high in the air over the school, for several minutes. Underneath at the front entrance to the school, four dogs were sprawled out, perhaps they were sleeping…or waiting for something to happen. The two clouds seemed to sink towards the back door of the school, near the playground. There was an open door there. If anyone had looked up they would have thought something strange was happening. There were about 100 kids playing outside, but only one was looking up and following the clouds.

The two clouds sank closer and closer to the school until they seemed like one very small cloud near the back door…then…it disappeared!

Invisibly-using the hiding spell, you remember? Shhhh- Fluffy and Thumpy moved quietly through the school. Every door they saw seemed to be closed or locked. The hallways seemed to be very quiet just now. They followed their plan, and their noses! Soon they came to the cafeteria. As they followed their noses to the cafeteria, they decided it didn't smell good to them! Can you think of any reason why that might happen? Why would a cafeteria not smell good to them? Well let's see what our two little bunnies have to say…

"Yuck," muttered Fluffy. "This smells terrible!"
"Uhuh", agreed Thumpy "Milk, eggs and yuckie meat! Hey, over here…I found something!"
There on the floor was a torn, open partially spilled, bowl of frosted flakes. "Try this, Fluffy!"
"This isn't too bad," chuckled Fluffy, trying a flake.
"Let's help clean up," suggested Thumpy. The two laughed quietly, not being able to see each other and bit by bit the cereal seemed to disappear. Fluffy burped. "Excuse me!" Fluffy laughed a little loud.
"What was that?" The cafeteria manager asked one of her student cafeteria workers.
"I don't know, ma'am," replied the fifth grade girl. "I didn't hear any thing." The girl was sweeping in a far corner of the cafeteria. Fluffy and Thumpy suddenly became very quiet. The manager walked towards them. She stopped beside the empty cereal carton. She just missed Thumpy by a whisker! Very quietly, both rabbits moved to the door, outside, and flew up high.

As they topped the school, two clouds suddenly appeared. One of the clods said "Ouch!" as a bird flew through it. Fortunately birds don't usually hurt clouds. Fluffy heard Thumpy say, "I don't like birds anymore!"
Our two little rabbit friends returned home. Once they landed, they turned off the cloud spell. Then they discussed what had happened.

"Oh my, that was a lot of fun," giggled Thumpy. "It was also scary!"
"Wow it sure was!" Agreed Fluffy, looking anxiously at Thumpy.
"No, she didn't step on me, but it was close!"
"I was afraid she might have got you a little."
It's ok, Fluffy! We were clouds, and the bird that flew through me just stung a little bit. I was mostly just surprised. What was that sweet stuff?"
"Oh that was sugar! Did you like it?"
"Yeah! That was good!"
"Me too! But you know? We were lucky! Very lucky." Fluffy looked very serious.
"I know, sighed Thumpy, letting her ears droop just a little. We almost got caught! We will have to be a lot more careful…" She paused, the two looked at each other and said simultaneously, "Next time!" They broke into a fit of giggles.

Now, did these two rabbits do anything you wouldn't or shouldn't do? We hope you said, "YES!" What are they? Can you make a list? Come on, make that list in your head, or tell a friend, or write it down! What did these bunnies do that you should not do? Oh...you think WE should write a list? Hmmm OK! If you will we will. But don't look at our list before you have your list! Okay?

******
"List of Human No-nos"
Did we surprise you? Are those three on your list? Did you think we would say magic? Nope! We aren't going to say that. Do you want to know why? Oh you do! Ok here is why:
It is simple. You are magic! Let us explain. Your parents and teachers love you. Yes, No excuses, There IS someone really loves you. There are so many! You may never found out everyone who does love you! Think about it, though. Also, You use magic every day when you say please, thank you and you're welcome. And shhh this is an ADULT secret: Politeness creates magic almost every time it is used.
If you do not use it, try it and see!

******
Now what adventure should come next? No. We aren't telling, and you cannot make us tell you! You'll just have to keep reading or listening to find out. But let's return to magic school. Our bunny buddies are in for a shock, with their next school assignment.